A day trip on the Labrador ferry

In early October 2014 I visited Nova Scotia, New Brunswick and Newfoundland for about a week for the purpose of driving around and taking photos of some interesting ferries in these areas. Rarities for us Europeans, specially some which are more remote. The most remote was for sure the APOLLO, built 1970 at Meyer in Papenburg. She was one of the famous Papenburg Sisters, ordered by Viking Line cooperation partners Rederi Ab Slite and Rederi Ab Sally. The APOLLO was the first of the series, and, at the time of writing this blogpost, was still going strong in her service for the Woodward Group company Labrador Marine Inc. between St Barbe on Newfoundland and Blanc-Sablon in Quebec. The ferry berth in Blanc-Sablon is just 2km away from the border to Labrador, which apparently qualifies the service as being called the Labrador Ferry.

But first get to St Barbe! Arriving with the ferry in Port-Aux-Basques, Neufoundland you have a six hour, 563 km ride to get through to get to this remote ferry port.
Eventually, after eight hours of driving and decent rests, I arrived at St Barbe, where the sun was shining gloriously.


On 29 April 2017 the APOLLO will have been in active service for 47 years. An impressive time-span for such a ferry. When I drove back southwards to Port-Aux-Basques that afternoon/evening, I was in a heavily nostalgic mood, and very very glad to have taken the trip out on her. Who knows whether she will be still around next time I make it there...? 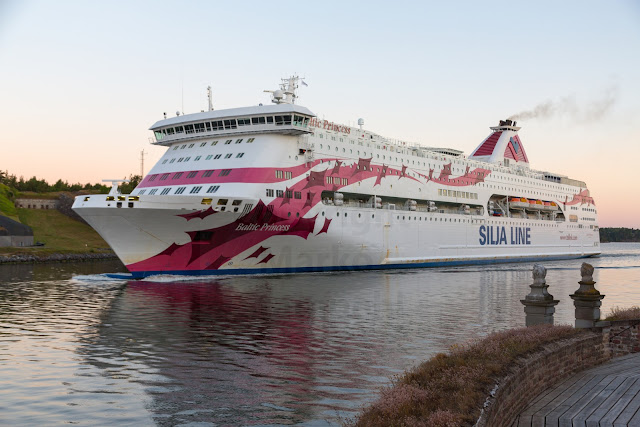